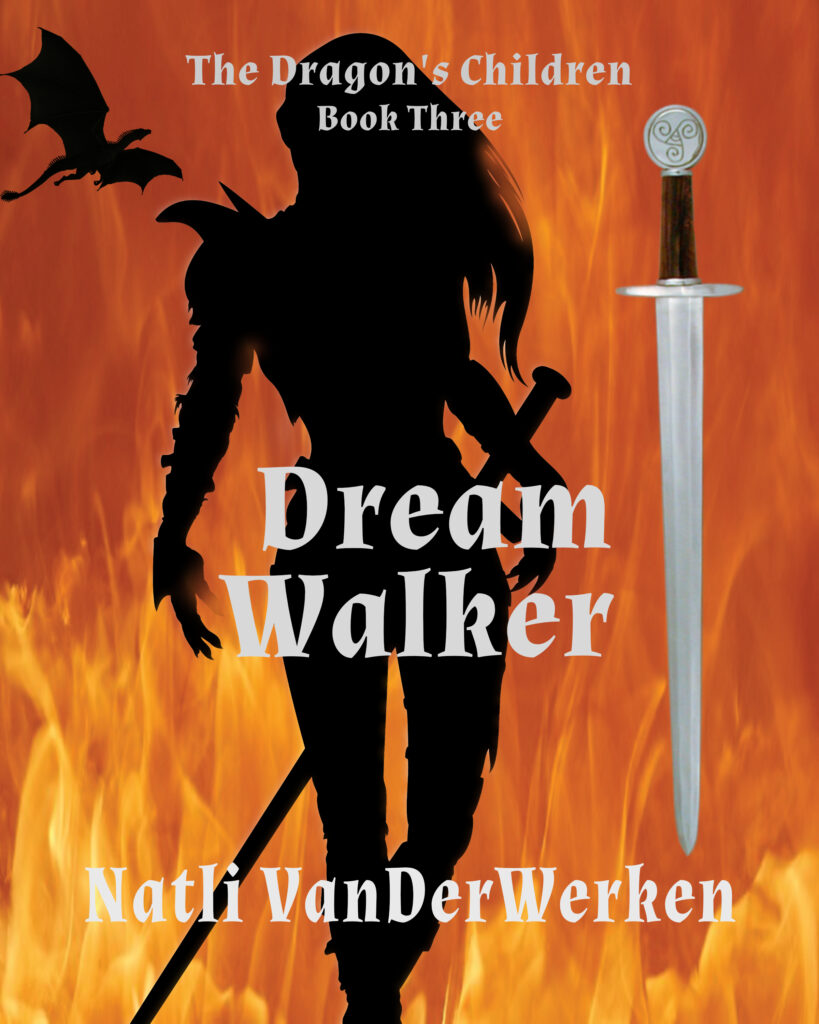 The full Harvest Moon or Corn Moon has risen. It’s a time to start winding down summer and beginning the rituals of Fall. School used to start after Labor Day. This COVID year especially, we all need to escape into somewhere else, someplace magical, even if for just a few hours. Why kids have to go back to school when they should be reading on the porch is beyond me. Of course this year there's already snow on the highest peaks of the Rockies. There’s a nip in the air. What do all of you do to get ready for fall?

I like these days at the end of summer because I can get out in the coolth (is that a word? I think it’s a word) of the (fairly) early morning and work in the gardens in one of my sun hats and garden gloves, pulling weeds or pruning and deadheading. Once it starts to heat up, I’ll take my own advice and sit at one of the patio tables with their pretty blue umbrellas, a glass of iced tea to the side, and some snacks to tide me over, working on DreamWalker and the myriad tasks that go along with publishing it. I enjoy putting the ads together that I’ll post later on social media.

With that thought in mind, here’s an excerpt from DreamWalker. It’s coming along nicely. I think October or November it will be ready (maybe). (Cross your fingers).

Breanna Arach struggled to wake up.

A dirt path bordered by looming trees stretched before her. Darkness pressed in from either side of the narrow pathway. She could hear the skittering of creatures in the underbrush. An awful smell choked her, triggering her gag reflex.

She heard and felt the pounding of approaching hoofbeats. Dread squeezed her, shortened her breath, her heartbeat frantic. Shadows stretched ahead of whatever was coming down the path. She saw…

Breanna tore herself free of the dream, jerking upright with a shriek of fear.

Her heart hammered. She was panting. Sweat covered her face and body. She trembled with terror.

Eyes wide, she stared into nothing. The guttering glow of the embers in the fireplace at the end of her bed softened the darkness of her room. Her heart slowly returned to normal.

A dream. Just a dream.

Breanna swung her legs from under the quilt covering her bed to sit on its side. Her feet dangled above the floor. She put her elbows on her knees and dropped her head in her hands. She breathed slow and deep.

What am I going to do? she thought in anguish. This is the third dream this week! I have to find a way to control them!

She pushed herself off the mattress to the floor with a sigh. The cold curled her toes. She slipped her feet into soft leather slippers and pulled her robe over her nightshift. Tossing another log on the fire and leaving her Sword of Light in its scabbard on its stand beside her bed, she made her way from the family corridor to the small hearth in the kitchen. A cauldron of water sat on the coals, kept hot through the night. The Dragon Tower was quiet; the only sound the cadence of the patrolling guards.

Pulling a mug from the shelf next to the fireplace, the Duke’s youngest child spooned chamomile leaves into its bottom from one of several containers holding various types of tea. She ladled the water into the mug and shuffled to the table in front of the window looking out over the kitchen garden.

Breanna remembered helping the Keep's wise-woman, Moirra, harvest the chamomile at the end of summer. She leaned over the cup and drew the scent of the tea deep into her lungs. The braid of her red-gold hair dangled down her chest, almost into the tea. Impatience tightened her lips as she flipped it back over her shoulder. Stirring the leaves to hasten their steeping, she yawned wide, her jaw cracking as she pulled in another huge breath.

“That’s attractive,” a voice commented from the arch into the kitchen.

Breanna jerked in surprise and swung to face the doorway.

“What are you doing up?” she demanded of Marta, her friend, and weapons teacher.

“Sorry I woke you,” Breanna told her, chagrin in her voice. She pulled the spoon from the tea to let the leaves settle to the bottom.

“That’s all right. I wasn’t sleeping well myself,” Marta said as she walked to the hearth and took a cup for herself. She scooped in black tea and ladled hot water into the cup.

“Really? Why not?” Breanna asked. “What were you dreaming about?”

Marta joined her at the table in front of the window facing the kitchen garden. This deep into the night it only reflected the dim light in the kitchen.

“Just normal stuff. You know, Demons coming out of portals. Claws reaching out of rifts to grab me. Dragon fire burning me to a crisp. Stuff like that,” Marta told her, a crooked smile crossing her face highlighting the dark circles under her eyes.

Breanna frowned. “You look awful. Have you talked to your mother? Maybe she can help.”

Marta brushed the suggestion aside with a flick of her fingers. “I’m fine. It’s just a dream about everything that’s happened.” She looked into her cup, avoiding Breanna’s gaze.

“Uh-huh,” Breanna said. She took a sip from the cup. “I still think you need to tell your mother about them.”

“Why did you shriek?” Marta asked. Breanna knew she was deliberately changing the subject.

“Something was coming down the path I was on. I knew it was horrible. Just before it turned the corner I woke myself up.” Breanna swirled the liquid in her mug, a brooding glower on her face, the corners of her mouth turned down. “Well, I don’t care if you’re not going to talk to your mother. I’m going to find her in the morning and ask her if she can help me control my dreams. I wish Mother was here, or even Aeden. Something is going on. I can just feel it!”

Marta looked at her for many moments, a frown lowering her brows, lips thin. “Fine,” she grunted. “I’ll go with you. Maybe she can help me too.”

Breanna drank the last of her tea and stood up from the table.  “I’m going back to bed and see if I can sleep. See you in the morning.” She left Marta staring into her cup.

A miasma of fear and rage reach out toward her as she opened the door to her room.

Breanna took an involuntary step back into the hall. Eyes narrowing with dangerous intent, jaw clenched, her anger surged.  Sending a mental shout to SunWalker, Breanna rushed to the sword stand. Nothing answered her.

Shaken by that lack of contact, she hesitated for a moment, then grabbed up the Sword, stripping the scabbard from its blade.

The pall of rage and fear vanished as if it had never been.

Someone bound me! SunWalker’s voice hissed in Breanna’s mind.  Someone very powerful.